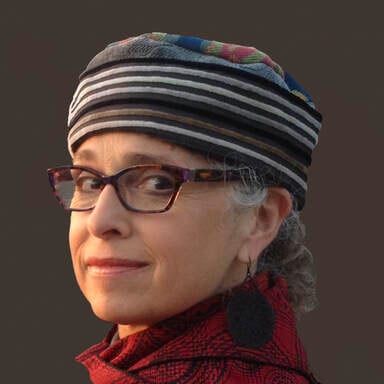 Magdalena Gomez’s one act play Apartment 19 is an allegorical work that underscores the erasure of Black women from public discourse and media when highlighting the Suffragist Movement. In the play, two Black identified women, a tenant and custodian, meet on opposite sides of a closed apartment door. When the door opens, so do they, as mutual suspicion begins to dissolve in a discovery of shared experiences and ancestral histories.

Four suggested questions to explore before viewing for greater enjoyment of the play:

Bronx born and raised, Magdalena Gómez is the Poet Laureate of Springfield, MA, 2019-2021. In 2018 she was awarded a New England Public Radio Arts and Humanities Award, and in 2019 was the recipient of the 2019 Springfield Cultural Council’s Excellence in the Arts Award, as well as  the Latina Letters Award in Literature, presented at Fordham University. Her Poems, monologues lyrics and plays have been produced Off-Broadway in New York City by Pregones/PRTT; Washington, D.C.’s Gala Theater; Los Angeles Theater Company; Smith College; Burning Coal Theater, NC; AGAPE Theater, NC; Sleeping Weazel Theater, Boston; Guadalupe Cultural Center (Latina Letters Conference, San Antonio, TX; another upcoming production of Apartment 19 will go virtual at Mad Cow Theater, in Orlando, FL this Fall; and many other national venues. Numerous publishing credits include her poetry collection, Shameless Woman, Red Sugarcane Press, NYC 2014. She is currently working on the music development for her play, ERASED: a poetic imagining on the life of Arturo Alfonso Schomburg, with ASCAP Award recipient and composer Ben Barson and the Afro Yaqui Music Collective. It is the first play to ever be written about Schomburg. Ms. Gómez is also a regular writer for An African American Point of View news magazine. She is producer and host of the global podcast Jazz Ready featuring the audio works of diverse artists and genres of all ages and stages of their careers. Ms. Gómez is always seeking new artists to introduce to her loyal international listeners that to date include 41 countries and 39 U.S. states.