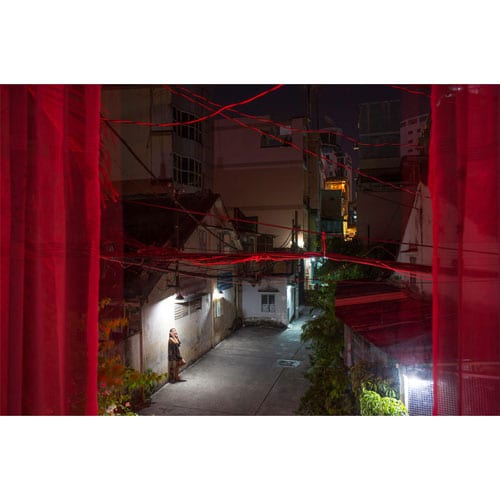 Join us on Zoom for the Art Department’s fall lecture series. Pipo Nguyen-duy was born in Hue, Vietnam. Growing up within thirty kilometers of the demilitarized zone of the 18th Parallel, he describes hearing gunfire every day of his early life He immigrated to the United States as a political refugee.

Pipo has taken on many things in life in pursuit of his diverse interests. As a teenager in Vietnam, he competed as a national athlete in table tennis. He also spent some time living as a Buddhist monk in Northern India. He earned a Bachelor of Arts degree in economics at Carleton College. He then moved to New York City, where he worked as a bartender and later as a nightclub manager. While living in the East Village and meeting people such as musician Don Cherry and artist Keith Haring, Pipo interests turned to art. He earned a Master of Arts in Photography, followed by a Master of Fine Arts in Photography, both from the University of New Mexico at Albuquerque.