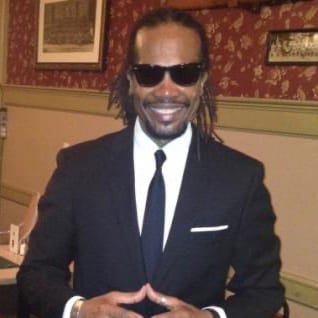 Dr. Ron Stewart, Chair and professor of sociology, holds a succession of degrees that laid the foundation for his career-long research focused on the social and economic conditions confronting African American males in U.S. society. His book, African American Husbands: A Study of Black Family Life, is a publication related to his research interests, as is his recent publication, “The Declining Significance of Black Male Employment: Gendered Racism of Black Men in Corporate America.”

A regular presenter at national conferences, Dr. Stewart has also served on the organizing committee for a national conference and workshop on constructing progressive definitions of Black masculinity. He is the founder of the African American Male Empowering Network (AAMEN) at Buffalo State, a support group for African American males that assists them in navigating both academic and nonacademic issues in pursuing their bachelor’s degrees.

Dr. Stewart has been honored with numerous awards for his instruction and commitment to a diverse student population, including Instructor of the Year, twice, from United Students Government and the Students’ Award for Promotion of Respect for Diversity and Individual Differences. He also received a Certificate of Appreciation from the President’s Council on Equity and Campus Diversity. Like many of his colleagues, Dr. Stewart ardently supports recognition of student academic excellence, having established the Buffalo State chapter of Alpha Kappa Delta International Honor Society in Sociology. He holds an exemplary record of service to the college, having served multiple terms on the College Senate and also 15 years as the Faculty Athletic Representative to the NCAA.

He and his wife, Bernadette, who also works on campus, have three children, Dara, Rashada, and Ron-Karar. All children are college graduates; Dara, like her father, attended a HBCU, graduating from North Carolina A&T in 2006. Rashada and Ron-Karar both graduated from Buffalo State, in 2008/2014 and 2010, respectively.