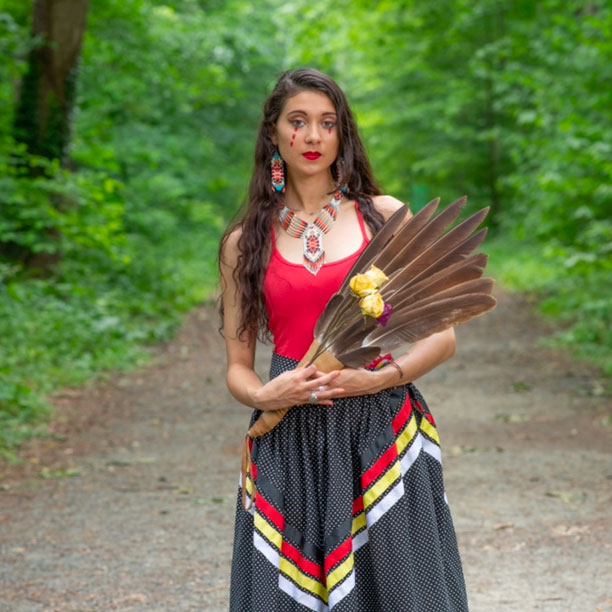 The History of Violence Against Indigenous Women and the MMIWG2S+ Movement

Aminah Ghaffar, Lumbee and Black activist from Pembroke, NC, studied Biology at East Carolina University, where she also competed as a pentathlete, heptathlete, 400-meter hurdler, and still holds the school record in the heptathlon. She studied Physiology and Biophysics with a concentration in Integrative Medicine at Georgetown University. Aminah is an advocate, and focuses most of her advocacy on missing and murdered indigenous people, and culturally competent holistic methods to treat historical trauma in marginalized populations. She uses her website goodmedicinewoman.com to create content that addresses social justice, finding common humanity between marginalized populations, and misconceptions about Southeastern Indigenous culture. She is also the co-founder of The Coalition for Black and Indigenous Solidarity, a board member on the North Carolina MMIW Coalition, and working as a Sexual Assault and Domestic Violence Advocate at the NC Commission of Indian Affairs. Join via Zoom: https://us02web.zoom.us/j/81042061337