Please note! As the College's response to COVID-19 continues to evolve, this event may be canceled due to limited public access to campus facilities. Please email covid-19@gcc.mass.edu or call (413) 775-1000 to verify event status. 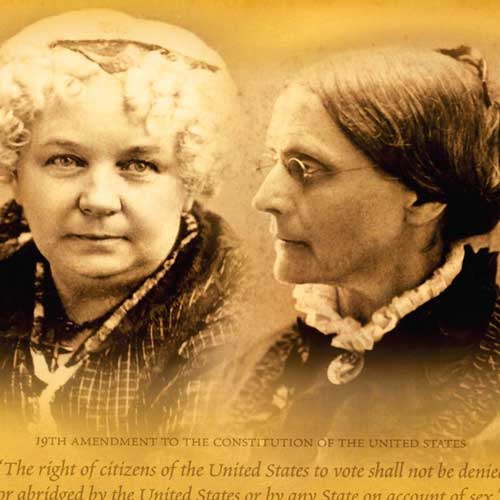 Not for Ourselves Alone: The Story of Seneca Falls

Film screening celebrating the soon-to-be 100th anniversary of the 19th Amendment to the Constitution which gave women the right to vote, hosted by HIS 131 Women and Gender in American History.

Not for Ourselves Alone: The Story of of Elizabeth Cady Stanton and Susan B. Anthony is a 1999 documentary exploring the women’s suffrage movement in the 19th century.