As a result of a Performance Incentive Fund grant received in the spring of 2018, the GCC library purchased and currently lends technology devices like mobile wi-fi hotspots to students without a reliable internet connection at home.

An initial survey of students revealed the following:

Items available for check-out include: 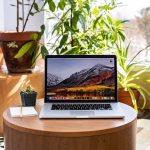