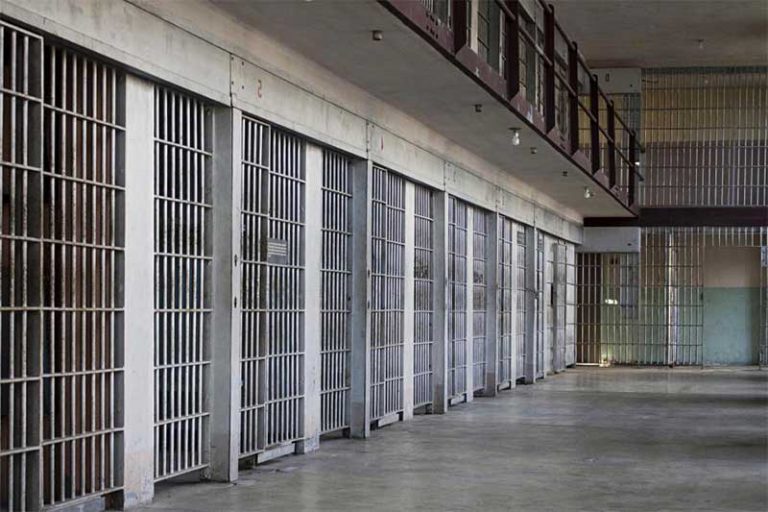 Greenfield Community College students in Buz Eisenberg’s American Civil Liberties course did more than read about Petitions for Clemency, they helped Eisenberg write them. Eisenberg and the students worked on behalf of two federal prisoners who had received multi-decade sentences for low-level, non-violent drug offenses as a result of federal mandatory-minimum sentencing schemes. The college sponsored travel for two students to accompany Eisenberg to Tennessee and Mississippi to interview one client and perform investigative services, and co-counsel Bill Newman sponsored another student to accompany him to Minnesota for the same purpose. Both petitions were completed and submitted in January of 2016. The three students were awarded GCC’s Martin Luther King Awards for their efforts. Because of work done by Eisenberg, his students, and attorney Bill Newman, President Obama has granted clemency to one of the men, who is now out of prison and home with his family.

How Did GCC Get Involved?

Eisenberg explained:  “In 2014, the Obama Administration announced the President wished to grant clemency to inmates who, as a result of mandatory-minimum sentencing and ‘three strikes’, had been given extremely long sentences for non-violent offenses. To qualify, inmates would have to have served a minimum of 10 years for non-violent, usually drug offenses, for which they would have received much shorter sentences had they been sentenced today. The Department of Justice put out a call for volunteer attorneys to prepare Petitions for Clemency on a pro-bono basis.  For such petitions granted, they must be signed by the President of the United States.

In the fall of 2015, I agreed to co-counsel such cases with Attorney Bill Newman, Director of the Western Mass. office of the American Civil Liberties Union. We originally took on two cases representing African American men victimized by draconian sentences for non-violent drug offenses (we have since filed a third, and have taken on three more). Our client Robert Matthews is serving a 280-month sentence at the Memphis Federal Correction Institution in Tennessee for a small amount of drugs and Derrick Terry is serving 262 months in Sandstone Federal Correction Institution in Minnesota.

As I do every Fall, I taught American Civil Liberties at GCC in the Fall of 2015. When they heard of this work, all but two students in the class volunteered to work on these cases with us. Hunter Kirschner and Willow Wildman-Lyon were not members of the class, but volunteered to work on the cases as well. Although Bill and I worked on both petitions, we broke into two teams:  On behalf of Mr. Terry, Bill Newman worked with Julia Moore, Ian Snover, Hunter Kirschner, Brandon Raab, Brendan Braithwaite, and Jake Hooker. Julia traveled with Bill to meet the client in Minnesota. On behalf of Mr. Matthews, I worked with Carys Lamberg, Willow Wildman-Lyon, Ennis Rashed, and Phil Corrinet. Carys and Willow traveled to Tennessee with me to meet Mr. Matthews, then to Mississippi to meet family members. The college supported the project by paying the cost of airfare and hotel room for Carys and Willow. Abi Simmons and Robert Kinoy performed research that benefitted both men’s petitions. Both petitions were completed and submitted in January of 2016.

For their efforts Julia Moore, Carys Lamberg, and Willow Wildman-Lyon were awarded GCC’s prestigious Martin Luther King Awards. They each took the opportunity as they accepted the award to speak to how misguided was this country’s fixation for mass incarceration. On May 5, 2016, President Obama signed the Petition for Clemency of Derrick Terry, who walked out the front door to his waiting wife six days later. I fully expect the president to grant clemency to Mr. Matthews as well. He is the poster child for early release.”

From the Students’ Perspective:

Commenting on her experience working on the Petitions, Lamberg, 20, of Amherst, said, “It was quite a humbling, educational, and eye-opening experience, helping me see and understand the parts of our criminal justice system that are incredibly broken and how someone like myself can work to change a life/lives for the better. I had the amazing chance to witness firsthand how to engage with a client seeking clemency, how clemency petitions and executive summaries are created, and how important involvement of a client’s family is. I’m incredibly thankful to GCC, to my client, and to his family, for the amazing and life changing learning opportunity.”

Moore, a non-traditional age student from Northampton, said, “The Clemency Project is a very powerful action, which looks at the disparity of sentencing that has targeted a specific population within the United States. The populations of Federal prisons have increased, since 1980, by nearly 790% as a result of the Three-Strikes law and sentencing guidelines (from 25,000 to 215,000). Allowing these inmates, who have met the requirements, to be released from the Federal Prison system is the first step in addressing the systemic damage that has been done not just to the individuals who have been incarcerated, but also to their families. This has been an epidemic with long-term generational consequences.”

Student Roles in the Clemency Project:

Lamberg: I engaged in various forms of legal research, communicated with members of our client’s family, and took copious notes when interviewing associated family members and with our client. I took time off of work to travel with Buz, and devoted myself to taking in as much information as possible and being an asset to the team. I ensured that Buz would have the information necessary to construct the best executive summary possible.

Moore: I helped research historical and current sentencing guidelines, traveled with Bill Newman to Sandstone Federal prison to assist in interviews of the inmate, interviewed family members, and located the agency that would provide training and employment for our client after he was released.

Lamberg: I learned the full extent of how broken elements of our criminal justice system is, how and what we can begin to do to fix it, the impact of race within our sentencing structure, and how badly the US needs to reallocate resources away from funding and perpetuating a school to prison pipeline system, and put them instead to promoting programs that encourage real criminal justice reform.

Moore: The Civil Liberties class helped me to filter through the emotional aspect of cases and to consider and better understand the intentions of certain laws. The Clemency Project provided a living example of how to evaluate cases and jarring examples of the ways in which laws that are created as a fix-all may intentionally or unintentionally disenfranchise particular populations within our society.

What’s Next for Lamberg and Moore:

Lamberg expects to receive her Associate in Arts – Social Sciences from GCC in December and will transfer to a college or university to finish a Bachelor’s degree in Political Science with a minor in sociology. In addition to being a full-time student, Lamberg works at GCC in the Social Science Studio and outside of the College in retail and as a housesitter, petsitter, and nanny.

Moore worked full time while studying Environmental Science at GCC and is transferring to Smith College as an Ada Comstock Scholar this fall.