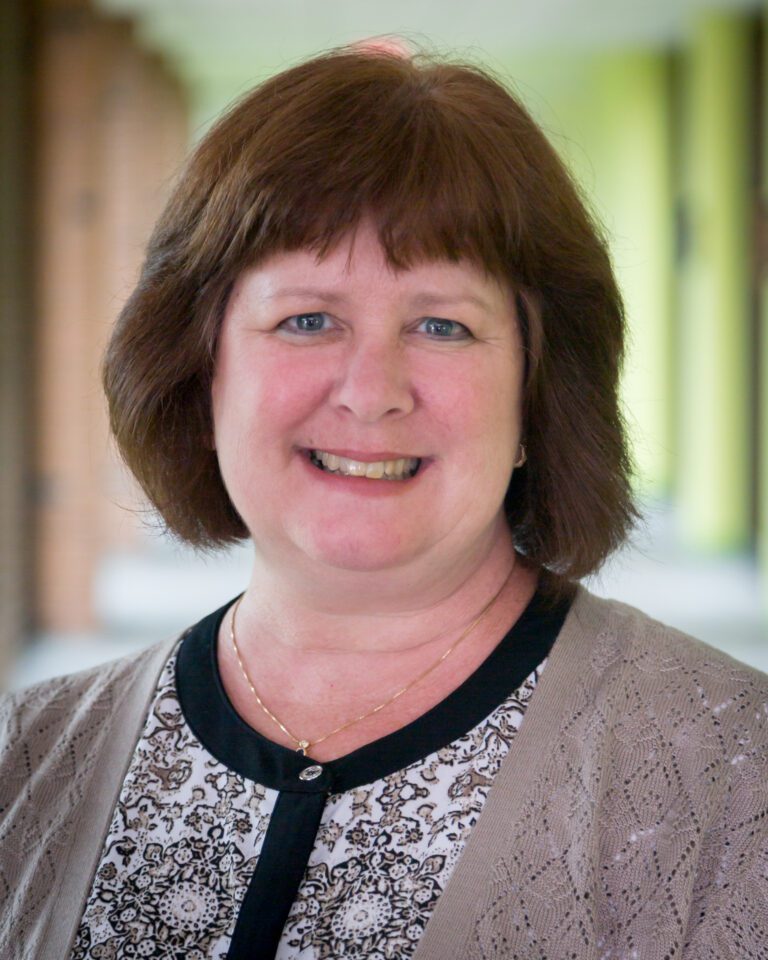 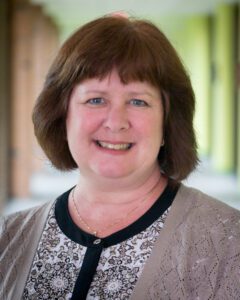 Catherine Seaver fell in love with Greenfield over twenty years ago when she commuted from Connecticut through Greenfield to teach for a small software company in a little room on Main Street in Northfield. At the time, she thought, “I’d love to live and work in Greenfield.” However, life kept her in Connecticut working as an engineer and then as a faculty member and administrator at Manchester Community College. She visited western Massachusetts with her musician daughter who often performed in Northampton and, also, to stock up on yarn at WEBS in Northampton. She always felt drawn to the area.

Seaver’s dream of living and working in Greenfield came true this summer when she started her new position as Greenfield Community College’s Chief Academic and Student Affairs Officer and moved to Greenfield. Five years ago, Seaver saw an earlier posting of the position and was intrigued. Having worked both in the academic and student affairs sides of Manchester Community College, she knows the need for communication between the two areas. Five years ago, she wasn’t ready to apply for such a position.

In fall 2015, seeing the position advertised again (after Sher Hruska announced her retirement), Seaver knew she was prepared and applied. Then, the serendipities began. After the open forum part of the interview process, GCC’s Registrar Holly Fitzpatrick approached Seaver and asked about the software class she taught in Northfield 24 years ago. Fitzpatrick was in that class, and, decades later, remembers Seaver and their discussions.

GCC’s Dean of Students Anna Berry was co-chair of the committee conducting the search for the new Academic/Student Affairs Officer with Mary Ellen Fydenkevez, Dean of Engineering, Math, Nursing, and Science. Seaver hit it off with the two right away and was especially impressed with how well the search process and interviews were run. Over lunch with Berry and Fydenkevez during the full-day portion of the interviewing process, Seaver mentioned she’d graduated from high school early and attended a community college in California. She lived with her grandmother while attending Santa Barbara City College. Berry said, “Really? Santa Barbara City College? I went there, too!” They compared notes and realized their times at SBCC overlapped.

Last winter, Seaver decided to sell an antique fireplace mantle via Craigslist. Many people were interested. The woman who ended up buying it drove from Greenfield to Connecticut and has become Catherine’s first new friend in Greenfield.

Commenting on GCC, Seaver said, “GCC’s President Bob Pura and GCC as a whole have a superb reputation throughout Massachusetts, Connecticut, and beyond. I’m honored to be able to work here. When I was teaching at Manchester Community College, students would take a few classes at MCC with the intention of transferring to GCC to finish. I am very committed to community colleges. Their smaller classes and teachers focused on teaching instead of research make all the difference in student success. I was a finalist for a position at a selective four-year college that admits only 50% of their applicants. Thinking about what happens to the other 50%, I realized how much open access means to me and that I want to focus my career on community colleges. GCC is a great school doing powerful work in the community and I look forward to being part of what GCC does so well. I remember a former University of Connecticut president saying to faculty and staff when he started his job, ‘You’re doing a great job, I’m not here to break anything.’ That’s how I feel as I start this position. Leading from behind is the leadership philosophy that best describes my style. I feel that I have done my job well when the faculty, staff, and students are successful and shine.”

“Catherine Seaver is a great fit for GCC!,” said GCC President Bob Pura. “Catherine understands the joy, privilege, and the challenges of teaching and learning at a community college because she attended a community college, she has taught in the classrooms of one, and has worked in leadership positions in a community college. She understands the challenges of working in and running a tech-based business because she has worked in that environment. Catherine fits here because she gets how important relationships and community are to student success, how important the ongoing commitment to betterment and improvement is, and why it is essential that our student outcomes are comprehensive and sustainable. Catherine totally gets the importance of access, excellence and our mission. I am very pleased for our students, faculty, staff, and the community that Catherine Seaver has accepted this important leadership position here at GCC.”

Seaver holds a B.S. in Applied Science: Manufacturing Engineering Technology from Miami University, a Masters in Science in Computer Information Systems from University of Phoenix, and a Masters in Science in Educational Technology from Eastern Connecticut State University. She will complete a Ph.D in Leadership from the University of the Cumberlands in December. Seaver worked at Manchester Community College from 2002 until Spring 2016. Her positions included serving as Division Director for Business, Engineering & Technology, Interim Associate Dean of Student Affairs, and Department Chair/Professor in Engineering & Technology. While in administrative roles, Seaver taught one online or on-campus course each semester as an Adjunct Professor, including courses in Introduction to C++ Programming, Introduction to 3D AutoCAD, Object-Oriented C++ Programming, and Introduction to Engineering Analysis. Prior to working at Manchester Community College, Seaver held systems engineering, project management, and technical instructor positions with Hallmark IT, General Cigar Co., IKON (formerly HBM Technology Group), KTC Software Services, and Carrier Corporation.