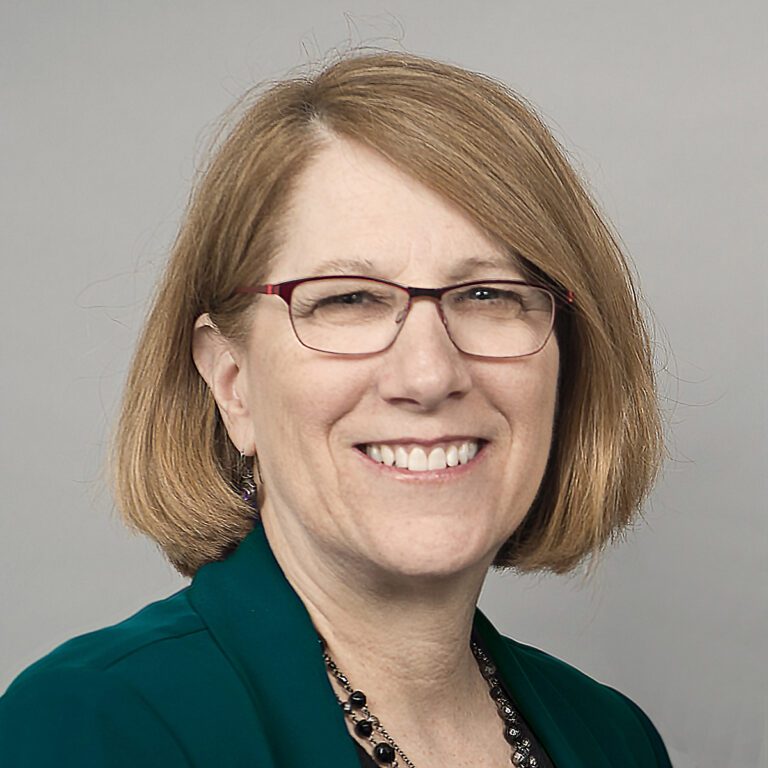 Joanne has been a respected healthcare leader for over three decades. Before coming to Cooley in 2014, she served as Chief Operating Officer/Executive Vice President of Hallmark Health, after having spent 15 years at Beth Israel Deaconess Medical Center in Boston as a Senior Vice President.  With a Master of Public Policy degree from Harvard University, her career began in government, where she served in agencies including the New York City Health and Hospitals Corporation and the New York State Department of Health.

Well-known for its excellent nursing program and strong allied health programs, “GCC is really important for the success and sustainability of healthcare,” shares Joanne. The population of adults sixty-five and older is expected to grow by nearly fifteen percent in the next decade and there is a growing need for “enough staff and providers to carry us into the future.” With a palpable respect for GCC’s President and a distinct admiration for its inviting, and “special” culture, Joanne assumes the role of Trustee prepared to strengthen the relationship between healthcare and academia.

“We are delighted to have Joanne appointed to our Board,” shares GCC’s President, Dr. Yves Salomon-Fernandez, “Healthcare is so important to our region. We thank Governor Baker for keeping our Board diverse and representative of the employers in the region.”

Says Trustee Robert Cohn, “Joanne Marqusee is a perfect match for our diverse board of skill sets. As CEO of CDHC, she has proven skills in finance, strategic planning, and collaborating with all employees to ensure the best outcomes for all. These are the exact skills that work well for GCC. We are thrilled with her appointment.”

Included in her wide array of expertise, is Joanne’s ability to further GCC’s mission. The college’s motto, “You Belong Here,” reflects her own long-held passion for diversity, equity, and inclusion. “I have tried to do a lot of work throughout my career on making sure people feel like they belong. My passion as a leader is in creating a culture of teamwork.”