GCC students get tune up at UMass

AMHERST — While University of Massachusetts students are out for summer break, musicians from across the country gathered to sing, strum and play all things jazz.

Among the participants this year were Greenfield Community College students Daniel Babineau of Athol and David Shattuck of Heath. Both were chosen for a full scholarship for the summer jazz program. The program began on July 12 and ended on July 23.

The two music majors were awarded $1,200 scholarships from the GCC Music Department.

According to the event website, “Jazz in July is an extensive twoweek program focused on joining participants with jazz artists in a learning intensive environment. Jazz in July is centered on teaching improvisation and jazz styles while working to enrich the total musical experience of the participant.”

The two weeks of workshops amounted to “all-day, in-your-face jazz,” with each morning beginning and ending with jazz, said Babineau. “I wasn’t used to being so absorbed in music, playing for hours on end.”

“We played in 10-piece combo groups, learned music theory and the history of jazz, and got to see free shows at night,” said Shattuck smiling. “It was great.”

The 21-year-old Shattuck’s interest in jazz sparked after learning the relationship between music genres. “It relates to all other genres I love, and truly is the core of American music.” After realizing his love of the drums, the former English major switched his academic focus.

After completing his studies in plant, soil, and insect sciences at UMass-Amherst, Babineau decided his interests lay more in music than dirt. Majoring in music at GCC, Babineau’s focus is the piano. While he has played for five years, Babineau said two semesters in the music department accelerated his learning rate greatly. “Within a year of taking classes, I learned so much, packing more in than I had even hoped.”

The summer music program was not only informative, it also placed teaching in a different light. “Teachers would perform after class, demonstrating the skills they were teaching,” said Shattuck.

While both musicians are unsure of their future goals, they want to continue with music. “I want to make this as a career. Whether that means teaching or playing,” said Babineau. 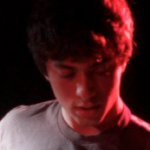 “The GCC music program was a great place to start for me, being a self-taught musician like so many people are.”