GCC Music Department Chair Matthew Shippee was recently surprised and pleased to receive a check for $5,000 from the Franklin County Chamber of Commerce. “Thanks to everyone for such a wonderful gift for our students,” he said. “I had heard that there was some kind of “parking benefit” from the Green River Festival, but I had no idea it would be this much money!” Regarding possible uses for the funds, Shippee added “an example of what we can do is purchase a portable concert quality keyboard and equipment for our audio recording studio classes – the newest branch of study in the department.”

The contribution to the Music Department was the result of festival organizers recognizing that parking for the Green River Festival, held on the grounds of GCC each July, had outgrown the capacity of the college’s lots. “We decided to designate the onsite lots as ‘premium’ parking for which a fee would be paid, then identify surrounding locations that would be free and include continuous shuttle service between the parking areas and the college,” said Ann Hamilton, Executive Director of the Chamber. Because the assessment of a parking fee was new to the festival, and its intent was more to manage the flow of traffic, rather than raise revenues, festival organizer Jim Olsen suggested that the money raised from the new system be shared between the festival and the GCC Music Department. “It makes sense that the Green River Festival, which has been bringing diverse music programming to the GCC campus for 24 years, would want to support the students at GCC as they find their own voices and rhythm,” Olsen stated.

GCC President Bob Pura expressed his appreciation to GCC’s Public Safety Office, the Chamber of Commerce and the festival planning committee for developing “a creative and positive solution” to the concern of insufficient parking spaces and traffic congestion on the college grounds during the Green River Festival. “That this outcome also has the effect of benefiting the college’s music department is another example of the many ways this community supports our students through collaborative activities,” said Pura. “GCC is proud to host the Green River Festival on the grounds of our campus each year and we look forward to continuing our work together to bring great music to the community.” 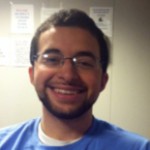 “At GCC your work will get acknowledged and you will grow.”