While GCC no longer offers a degree option in Gender & Women’s Studies, students previously enrolled in the program can find degree completion checklists at the Registrar’s Office.

The following faculty advisors are specialists in the field:

Wendy Barnes is Korean. Her Korean name is Hyung-Soon Lee, but she goes by her adopted American name, Wendy Lee Barnes. She earned a Baccalaureate from Sarah Lawrence College and a Masters of Fine Arts in Creative Writing from Mills College. Wendy teaches developmental, composition, literature, and women’s studies courses at GCC; she is also the faculty co-adviser for the Queer Straight Alliance and coordinates the Ben Drabeck Composition Award. 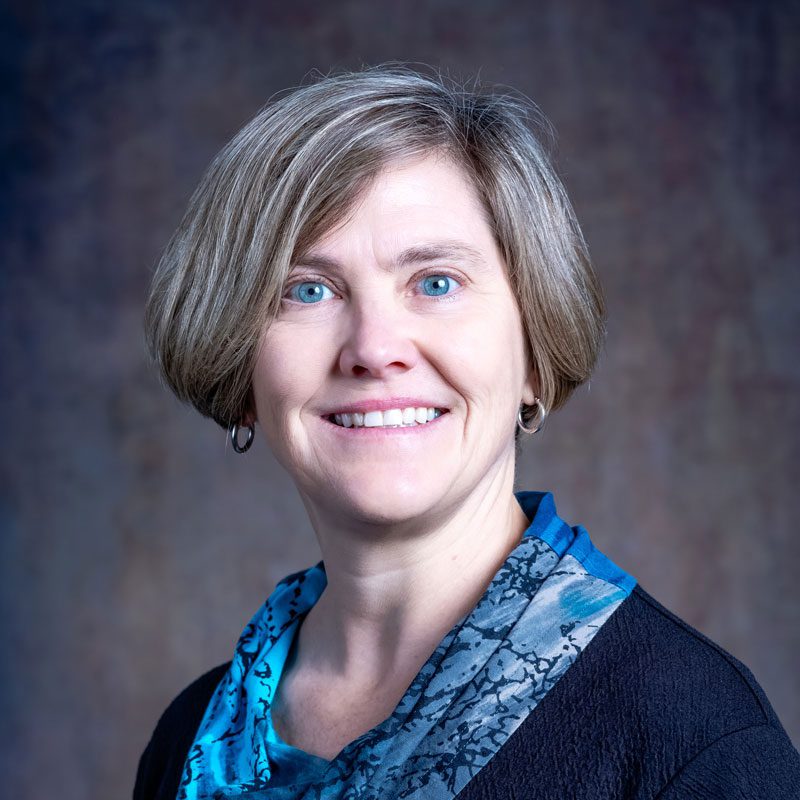 Dr. McCarthy joined GCC in 2004, and since then has actively expanded the Sociology curriculum to include many of the courses offered today. Along with teaching Principles of Sociology every semester (and online), she also teaches Social Inequality (face-to-face and online), Sociology of Gender, Sociology of Human Sexuality, and Sociology of the Family. Dr. McCarthy earned her Doctorate in Social Justice Education from the University of Massachusetts Amherst in 2003, and teaches Sociology at GCC from a social justice perspective. Dr. McCarthy has published several articles and book chapters and is a former associate editor of the University of Massachusetts School of Education’s journal, Equity & Excellence in Education. Dr. McCarthy’s classes each emphasize the connections between current social issues and sociological concepts. 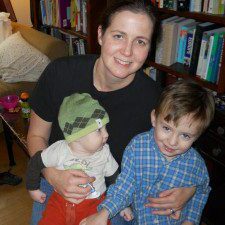 Christine Jones Monahan stepped foot in GCC’s Main Building in 2003, found her people, discovered her calling, and decided that she never wanted to leave. She holds degrees in English Literature from Salem State College and the University of Massachusetts, Amherst. You can bend her ear about Renaissance and Restoration poetry and drama, feminist, gender, and queer studies in general, contemporary memoir, the art of narrative, developmental reading and composition, and teaching and technology. Christine lives in Hatfield with her wife, Aileen, their sons, Adam and Andrew, and their little fuzzball, Izzy.

Find classes! Search our course schedule for classes available this term and our catalog for classes in English, psychology, sociology and gender and women’s studies.

GWS 115 Introduction to Gender and Women’s Studies – 3 credits
Introduction to gender and women’s studies as a basis for understanding human development, social systems, and the historical and biological perspectives that affect people’s lives in the contemporary world. This is primarily a discussion class with an emphasis on an interdisciplinary approach to examining women’s lives. Videos, readings, guest lecturers, discussion prompts, some online activities, short lectures  small group work and exercises are used to facilitate class discussion. Some online discussions may be required in the face to face class.  The course is generally offered online in a Summer session. The course is intended to raise a series of questions and introduce students to gender and women’s studies. By taking women’s experience and interests as central, what can we learn about the cultural consequences of the gender division and organization of social life? Possible readings include essays, poetry, short stories, critiques of theories, historical analysis, and research studies about gendered lives. Readings are taken from varied sources, including an anthology such as Women’s Lives: Multicultural Perspectives. Generally another book and handout readings are also assigned.
(Offered: Every Summer) Prereq: ENG 090 and ENG 094, or satisfactory placement.

ENG 247 Women in Literature I – 3 credits
A study of works by women writers through the 19th century. Students discuss literature in various genres within the historical and social context of the times, in relation to early literary movements and from the perspective of a unique female literary tradition.
(Offered: Periodically) Prereq: ENG 112, 114, or 116

ENG 248 Women in Literature II – 3 credits
A study of poetry, short fiction, novels, and drama that presents the richness of diversity in the work of women writers from the 20th century to the present. Students focus on the voice of the writer and her use of literary technique as she explores important themes in women’s lives.
(Offered: Every Other Spring) Prereq: ENG 112, 114, or 116

HIS 131 Women in American History – 3 credits
A survey of women’s roles in American history emphasizing the social history of unknown as well as famous women of diverse ethnic and class backgrounds who helped shape life and culture in America from the Colonial period through the Revolutionary era, the Frontier movement, 19th Century political activism and urbanization, and the 20th century through reform movements and the global community.
(Offered: Every Fall, Every Spring) Prereq: ENG 090 and ENG 094, or satisfactory placement

HIS 218 Women and Gender in the American West to 1920 CE – 3 credits
An exploration of the history of gendered experiences, roles, and influences, with emphasis on women in the American West before and after European and American expansion. Students concentrate on the gendered interface of Native, European, African, Middle Eastern, and Asian persons west of the Mississippi River prior to the closing of the Western Frontier. Further, students examine the unique western landscape and its influence on gender roles and experiences.
(Offered: Every Spring) Prereq: ENG 101. Recomm: HIS 105, HIS 106, or HIS 131

PSY 225 Psychology of Women and Gender – 3 credits
An exploration of current and historical understandings of the psychology of women and gender. Topics include psychological, biological, and social explanations of women’s psychology and development and critical examination of research on gender differences and similarities. The course introduces the student to a general overview of what psychologists have learned about the role of gender in people’s daily lives and explores in depth psychological research and theory on gender-related topics of interest.
(Offered: Fall in odd numbered years) Prereq: PSY 101 or permission of instructor. Recomm: ENG 101.

SOC 206 Sociology of Human Sexuality: Behaviors, Experiences, and Identities – 3 credits
A sociological perspective on human sexuality. The course provides an overview of historical and contemporary perspectives on sexuality. The course focuses on the construction of meaning of sexual behavior and experience, sexual orientation, and identity. Students study the impact of culture, religion, race, gender, and other social identities on sexuality. Students examine the inextricable nature of the meaning of sexuality and the socio-political milieu. The course investigates the significance of social policies on sexuality. Students learn about the relationship between the seemingly individual experience of sex and the larger social structures of society.
(Offered: Fall in odd numbered years) Prereq: SOC 101 or SOC 106

SOC 208 Sociology of Gender – 3 credits
A focus on sociological dimensions of gender. This course examines the ways in which society and its institutions create, maintain and reproduce gender. Students investigate how gender categories are constructed and represented, and examine the consequences of these categories for the lives of individuals. Students learn about the significance of gender differences in the experiences of women, men, and transgender people on the micro and macro levels. The course investigates structural inequalities and the reproduction of those hierarchies in social processes and in everyday life, especially within the matrix of race, class, and gender. Contemporary research on gender is incorporated into the course.
(Offered: Spring in odd numbered years) Prereq: SOC 101 or SOC 106

Gender and Women’s Studies at GCC: A Brief History — by Melissa Kuzmeski

Applications for scholarships awarded to students of gender and women’s studies can be completed online in early spring through the GCC Foundation.

The Virginia Low Women’s Studies Award was established in honor of Professor Emerita Virginia Low, pioneering spirit and “founding mother” of Women’s Studies at Greenfield Community College. The award is made annually to a current GCC student who has completed two or more courses included in the GCC Gender and Women’s Studies curriculum who demonstrates academic excellence and who shows continued commitment to gender and women’s studies, gender equity, and social justice. Both men and women are invited to apply.

The Dr. Anne M. Wiley Gender and Social Justice Fund, established in 2013, is a permanently endowed fund providing scholarships to Greenfield Community College students who have completed at least two courses in the liberal arts and who have demonstrated a commitment to gender, social justice and activism to make change for greater social justice and gender equity. 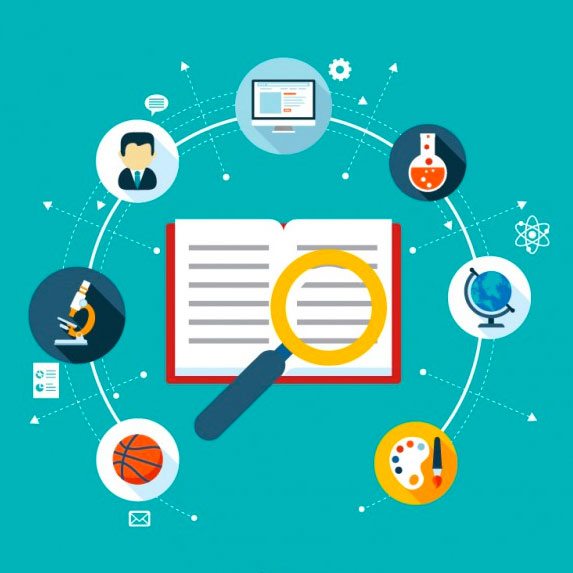 The Symposium celebrates exceptional student research and creative work. Students are invited to present capstone projects from participating courses, as well as independent projects undertaken in any GCC course, internship or clinical/off-site placement. Creative works involving writing, studio arts, musical performance and drama are welcome. Learn more and sign up to participate at gcc.mass.edu/library. Stop in at any time and see what our amazing students have been up to!